The park now has a natural play area, picnic tables, chairs, and a rain garden.

The daughter of a man who left his mark on the city as an architect and an urban planner got to play a key role in the redevelopment of the park named for her dad.

Margot Long, the daughter of Jack Long, was the landscape architect responsible for designing the upgrades to Jack Long Park, which officially reopened to the public on Tuesday.

The park, which sits directly west of the Alexandria Centre on 9 Street S.E., now has a natural play area, picnic tables, chairs and a rain garden.

Long joked that her father would have probably been mortified they had gathered to name a park after a politician.

“But he would be incredibly honoured and humbled to have a park like this in his name and as a legacy for not only him, but actually more so for the community,” she said.

Long was a firm believer in community-driven planning, according to his daughter, and the park was only redeveloped after extensive consultation with people in Inglewood, including youth who helped design the new layout.

“I came out quite a few times and worked with the kids, doing workshops with them, and we collectively designed the park, and then took it out to the neighbours,” said Long. “So it really is a neighbourhood park.”

The park features bike racks designed to look like guitars, as part of its location along the city’s “Music Mile.” The design of those was selected by the community after consultation.

Area councillor Gian-Carlo Carra said Jack Long was one of his earliest mentors, and said Long’s impact on the community and the landscape can be seen all over Inglewood.

“Were it not for his leadership, the plan was to have the CP Rail mainline right up against the river over there,” said Carra. “And right next to that, the plan was to have what is now Memorial Drive — a freeway which has separated the community of Bridgeland-Riverside from its riverside — right there.”

Archeological artifacts unearthed during the park’s redevelopment were on display during the opening, including a lithic tool, and bottles and pottery left by European settlers.

Work on the park began in 2018. The discovery of the artifacts caused work to pause temporarily in the summer of 2019 so an archeological assessment could be completed.

Calgary Parks director Kyle Ripley said the cost of the upgrades came in at around $1 million. 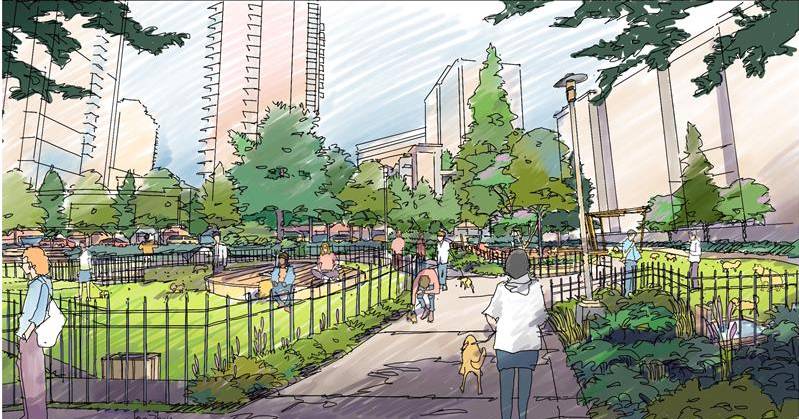