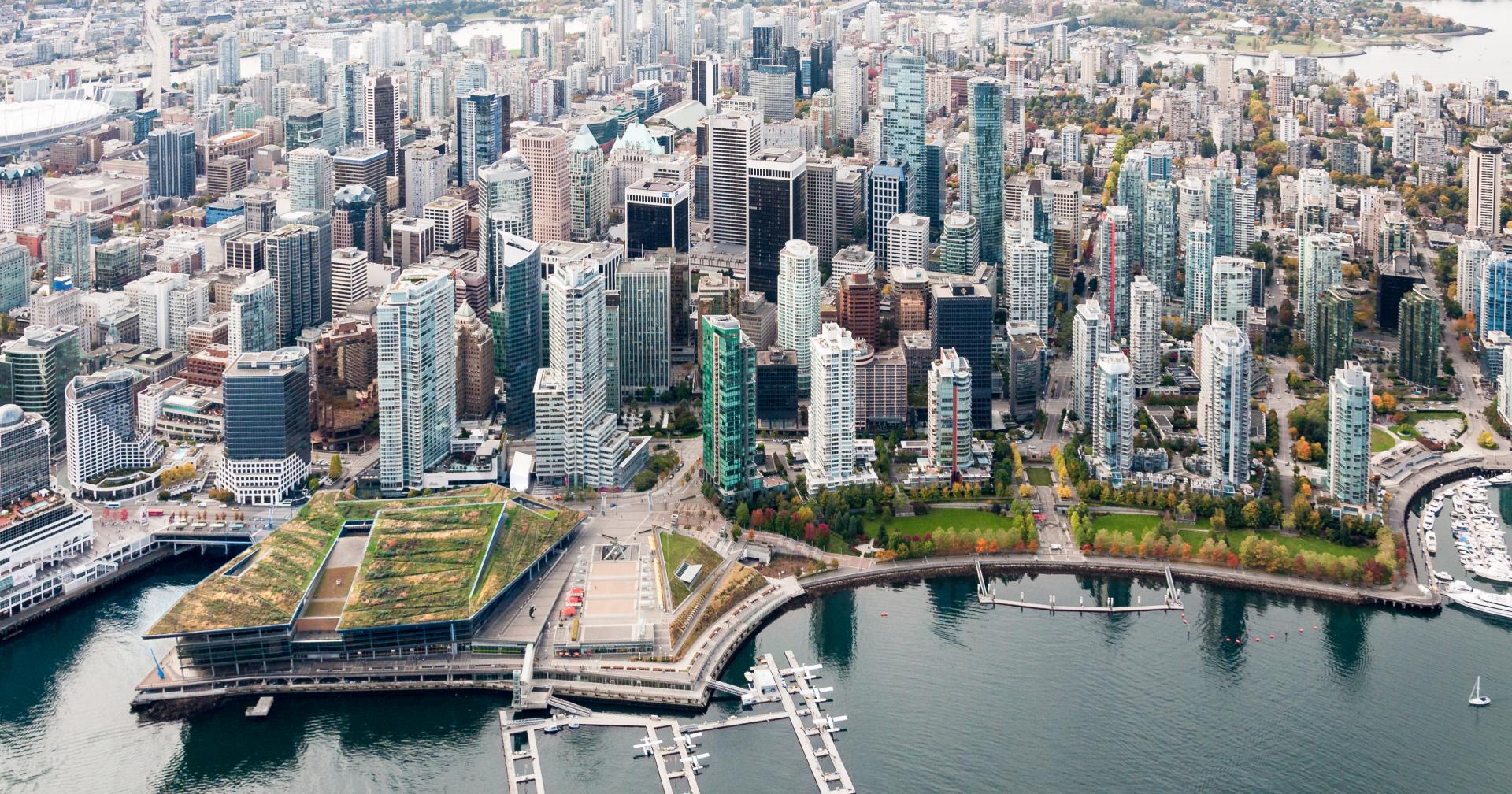 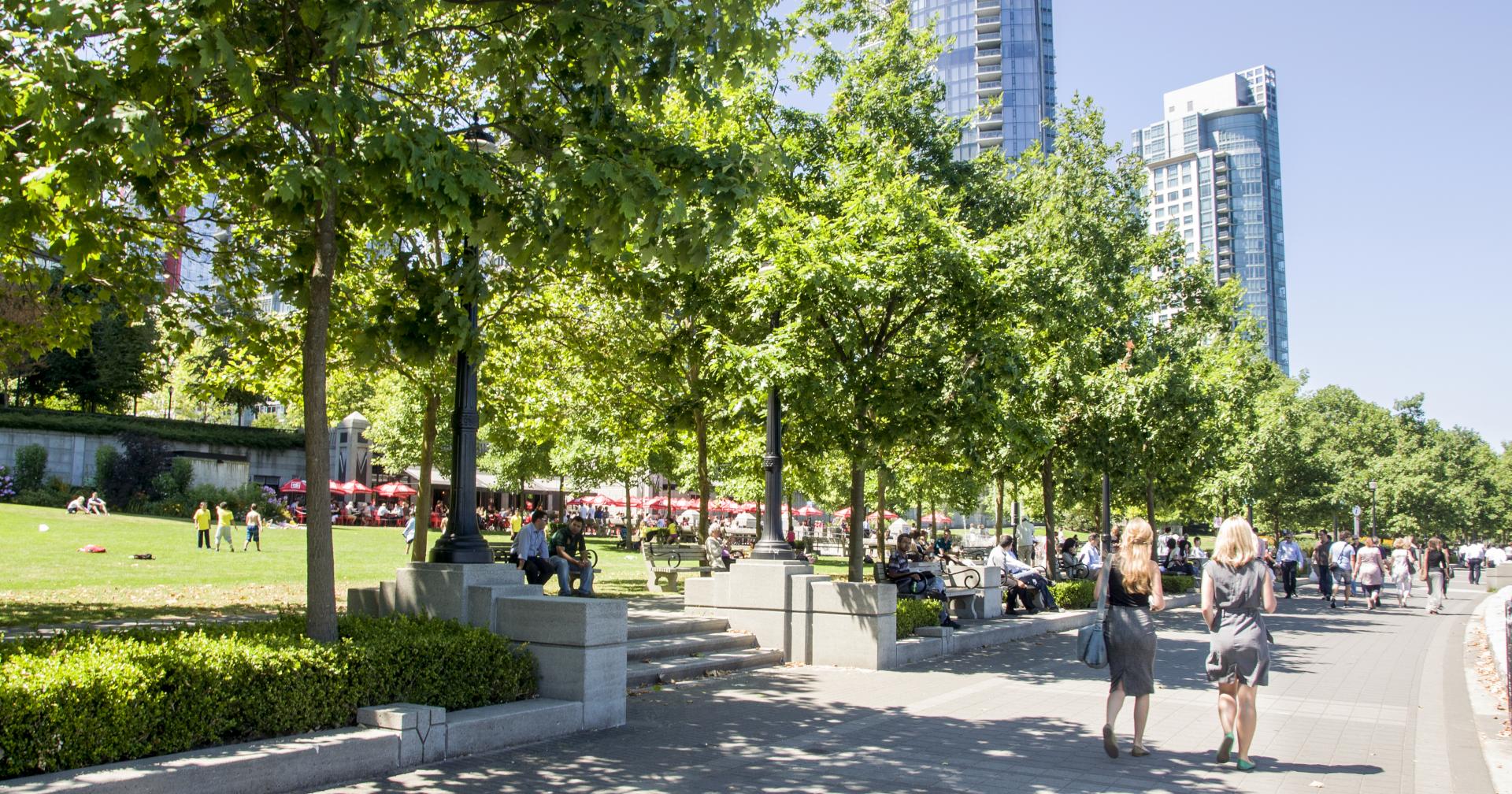 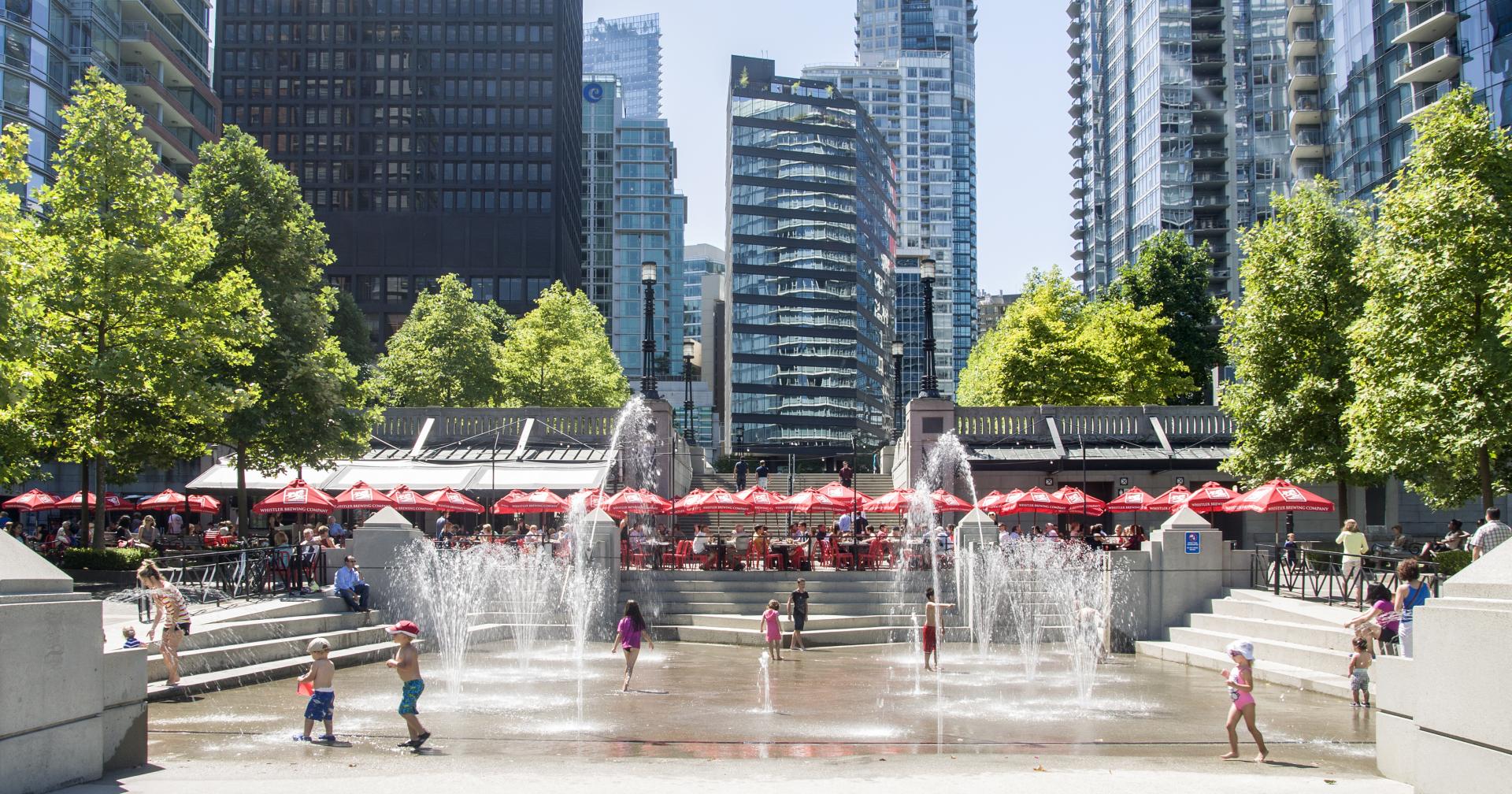 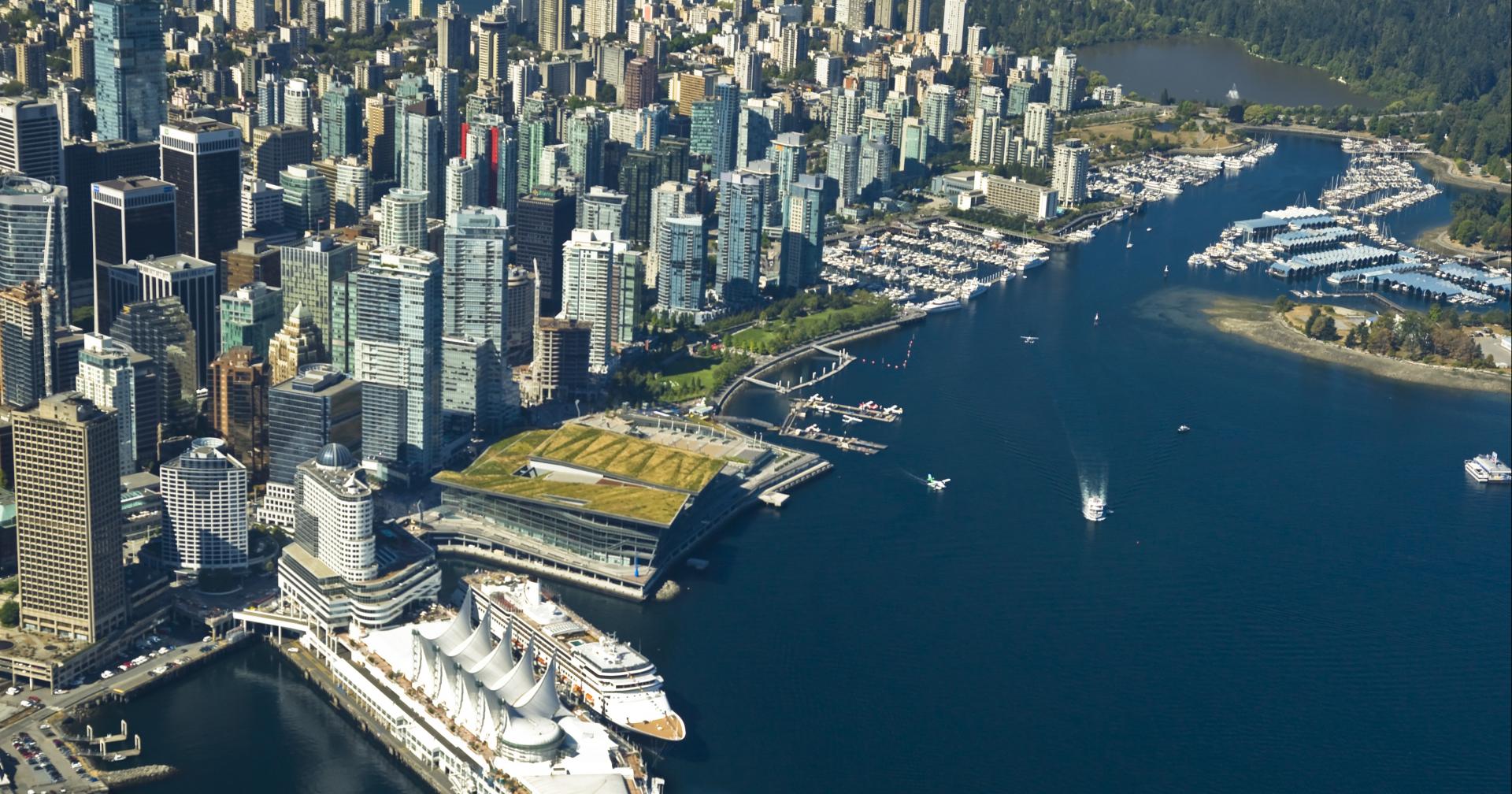 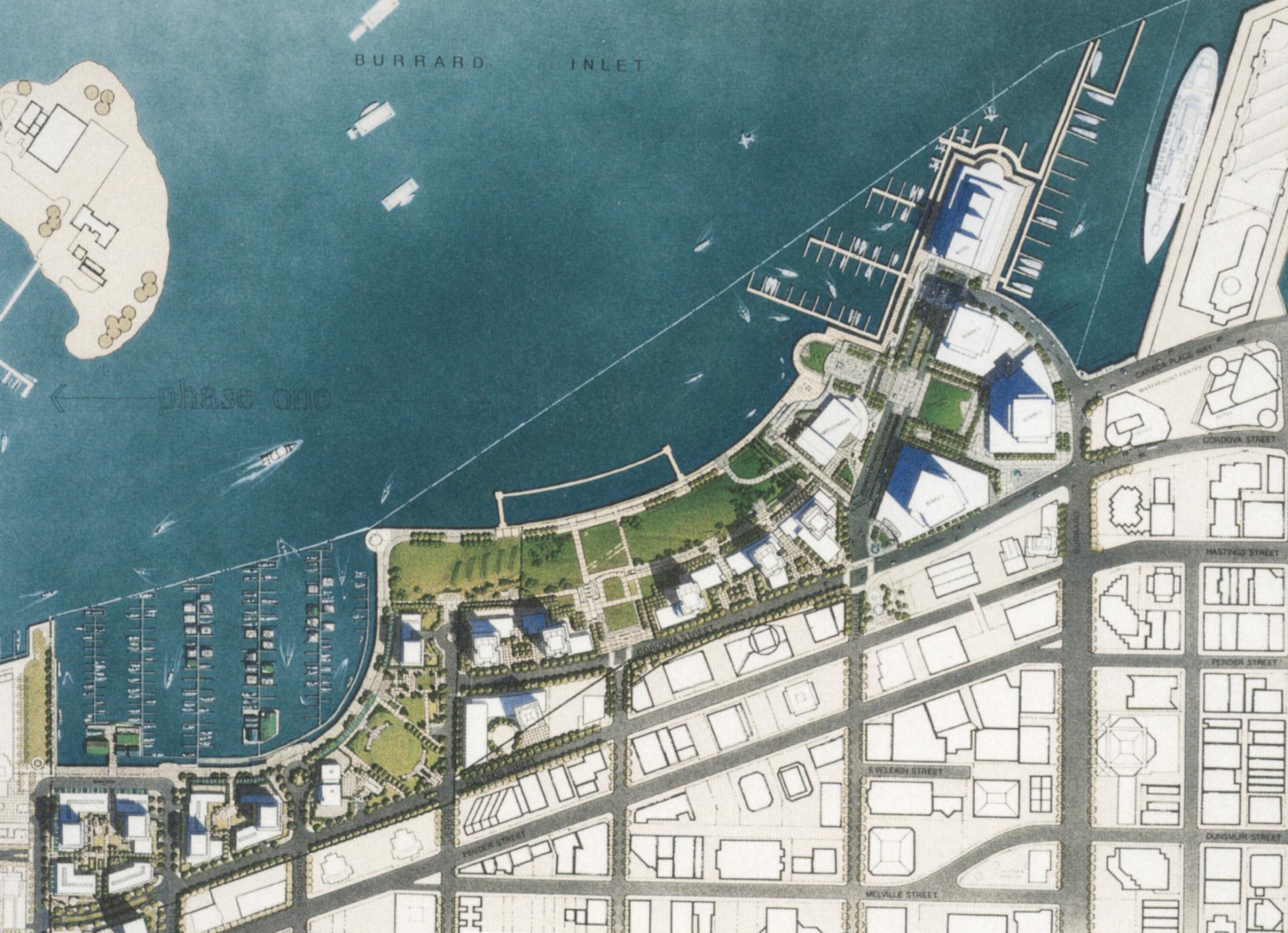 The Coal Harbour neighbourhood accommodates a breadth of local and international visitors, young and old, with services, meeting grounds, and public spaces including parks, a school site, marina, residential towers, commercial and retail space, and a community centre. As part of a multi-disciplinary team PWL developed the overall masterplan for all of the Coal Harbour lands—including Burrard Landing (now the site of the Vancouver Convention Centre West), Harbour Green Seawall Walkway and Bikeway, the neighbourhood streets, and Coal Harbour Community Park—and the construction documents for individual parcels, two park areas, and the Vancouver Convention Centre. We provided the detailed design for Coal Harbour Community Park and Harbour Green Park II.

The project, spanning over twenty years from 1989 to 2010, was completed with the opening of the new Convention Centre, in advance of the 2010 Winter Olympics. The park and waterfront are used year-round. During peak seasonal times, it’s alive with bikers on the seawall, picnickers in the grass, boaters dotting the water, and strollers walking through the park. This space has become the living room for the residents of Coal Harbour from sunrise to sunset.