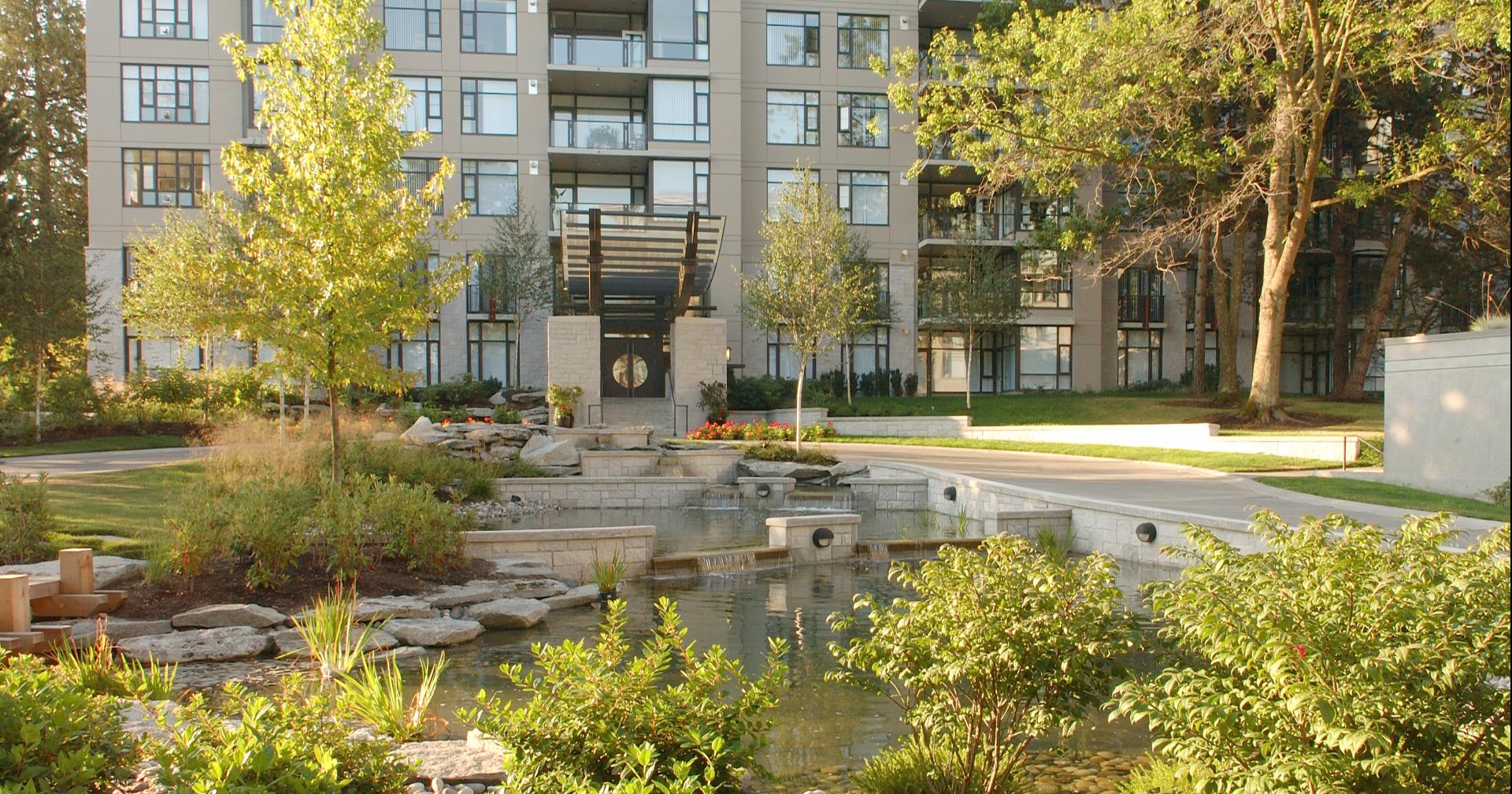 We developed a masterplan for this new condo development and provided detailed design for all seven phases of the project, working with a total of three architects.

The former grounds of the Quilchena Golf Course, the site was dotted with over  mature trees, many of which the developer and PWL had the foresight to work into the development. The tree management approach preserved and relocated over 390 trees that were valued in the surrounding neighbourhood.

The phases are linked by a network of pathways and interconnected courtyards that weave through the ancient trees. Two large water features create natural gathering spaces, and a central plaza houses an original piece by Haida master carver Jim Hart. The finished result is a vibrant new development that feels like it’s been in place for generations.